Australia's second-worst political machine has to be the LNP in Queensland (NSW Labor is worst). Yes, the Frankenstein's monster of this country's politics, made up of the Liberal and National Parties in that state, bits of One Nation and God only knows who or what else. 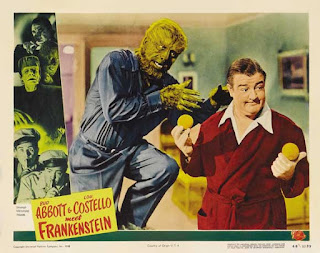 Like all Queenslanders they have their dumb luck. They contributed nine seats to Abbott's so-close-but-yet-so-far at the last eletion, and at the next state election they look odds-on to win. The latter is simply unbelievable considering what a rabble they are. Under the Politically Homeless theory that the polls don't matter but underlying political quality does, the next Qld election is the LNP's to lose. Snatching defeat from the jaws of victory (or some result like Newman losing his seat but Boofhead Seeney becoming Premier) cannot be ruled out.

The thing is that if the LNP do win state government next year, it will lance the anti-Labor mood going into the Federal election. Whatever happens at the next election the LNP vote will go down in Queensland.

The LNP should have no chance in the next Queensland election. Its state parliamentary line-up is almost absent of people capable of being good and innovative ministers. It is facing an incumbent government that has been in so long that it is populated by people who either have just been in the public eye too damn much over the years, or who are bloodless hacks. Yet, the LNP's central weakness is its party machine: it's too intrusive and will be unable to resist the urge to jerk elected parliamentarians back into line.

Nobody who isn't a paid-up LNP member voted for Bruce McIvor. Newman will bristle at this and set up some sort of showdown where the LNP must choose between him and McIvor, and McIvor will win it (or, will not be smart enough to let Newman appear to win it). The Queensland Parliamentary team, led by Jeff Seeney, know which side their bread is buttered on and will not side with Newman (had McIvor persuaded an LNP MP to stand down for Newman, things might have been different; Newman is on his own). After they lose, the inevitable conclusion will be that McIvor needs more power over the LNP and he will get it.

People hate machines like that and it will hamper the Feds, too. The Queensland Libs had to temper their wilder excesses when they were part of a nationwide organisation, particularly in federal elections. The same was true of the Nats (to a lesser extent, with Queensland having a disproportionate place in the nationwide organisation, and the record of the Joh Nationals in 1987). As the LNP, they're a law unto themselves.

Of the 20 remaining LNP Members of the House of Reps, seven will be 60 or older in 2013. They've all (apart from Jane Prentice) had a good go. None of them could bring themselves to step down in 2010, seriously believing the Abbott pitch that they had one shot left. Being mostly in safe seats, the LNP could have taken advantage of good polls and replaced them with solid people with good potential - if only they had any such people available:
Ah yes, Slipper.

If the LNP was any sort of political machine it would have dumped Slipper before the last election (or the one before that) and last Thursday's events need not have occurred. Slipper has outfoxed them all, and while he has more past than future he is now in a position to be in for a good time rather than a long time. It's one thing to be outmaneuvered by a master but Abbott and Pyne accept no masters; this is their tragedy with Gillard, too, another opponent they don't respect and can't beat.

Turkeys like McIvor should have realised that in such a supposedly tight situation require all hands to the pump, and that characters like Slipper require careful management - part of which includes the occasional swallowing of pride. The fact that they forced Slipper into a corner, where his only options were betraying the LNP or accepting extinction, show that the LNP are not the cluey professionals they regard themselves to be. The same applied to Abbott, but Parliament does not sit for most of the year - for most of the year MPs go to their electorates, and in Queensland Coalition MPs are subject to the tender mercies of the LNP. Slipper's slippage is mainly the LNP's fault, with contributory negligence on the part of Abbott, and yes Slipper himself.

Slipper hasn't led a life of blameless purity but neither has he been charged with anything. Craig Thomson's handling of funds at a NGO have received much more focus than Slipper's handling of public monies. If the press gallery really was holding politicians to account, Slipper would be washed up long ago. The Sunshine Coast Daily has done what it can but the press gallery is full of journalists who consider the work of the mighty Daily to be beneath them.

Abbott's threat to go after Slipper like Faulkner and Ray did to Colston in the late 1990s is absolutely hollow, for two reasons.

When you read about Faulkner and Ray at Senate Estimates Committees, you get some inkling of what a House of Review is supposed to be. When you see Coalition Senators at Senate Committees today, they take a very firm grasp of the wrong end of the stick and wave it around, hoping it will get them on television, while huge issues with the government's performance pass unnoticed before their very eyes. The Coalition do not have the capability to run such a forensic campaign over months and months; I mean, Michael Ronaldson, I ask you (well, people like Kelly O'Dwyer or Jamie Briggs might, but Credlin and Abbott are hardly going to get over themselves enough to ask them).

The second reason is blowback. Slipper was and is, shall we say, his own man in lots of ways. Even so, it is impossible to believe that his whole political operation over 19 years as a Coalition MP ran absolutely parallel to that of the LNP, Liberal and National Parties. To go after Slipper's associates, donors, fundraisers, enablers and old muckers generally, you are going to incur a lot of collateral damage on people who are pretty central to the operations of the LNP itself. Slipper is Gillard's man to some extent, but any trawl back through receipts and meetings and who said what and who did what when is unlikely to include a lot of rusted-on Labor people.

The McIvor LNP machine is an accident waiting to happen. The next Queensland election is the LNP's to lose and at the very least they may end up with less of a public endorsement than they might hope. Don't give me any of this crap about "too early to tell" for the Federal election, only poll junkies believe that. They are structurally weak and as such are more vulnerable than the lagging indicator of polling might allow). Speaking of people who've overstayed their welcome:

Betrayal, perhaps; but you only ever accuse someone of being a Judas if you've already assumed Christ for yourself. That's always a stretch for mortals, particularly so for politicians. There was a time when conservatives would cop a lot of friendly fire for that, and backtrack accordingly. Entsch's job is to convince the Coalition backbench that there is nothing to be gained from ragging the Speaker, and that patience is the best approach to such a man.

The McIvor LNP machine is similar to the "Sussex Street" machine of the NSW Labor Right. In the 2007-11 term of NSW Parliament the machine got way out in front of the parliamentary party, such that successive Labor Premiers weren't regarded as speaking for their government or even their party. By the time the election came around the machine was rejected and the parliamentary team with it. This is the fate awaiting the LNP: one day a LNP Premier is going to say something Bruce McIvor doesn't like, and the Premier had better win because otherwise they, the LNP and possibly McIvor are all finished. McIvor won't cop the slightest infringement to his authority, so watch a (potential) LNP government scuttle itself over a trifle.

That said, Labor have to get rid of Andrew Fraser. He's the nearest thing Labor have to born-to-rule. Shunt him off to Canberra, or send him to a menial job in the backblocks Cultural Revolution style, but on no account must he become Opposition Leader or Premier without a long walk through the wilderness. It just isn't right and will do more harm than good.

Over the coming year the LNP should, but won't, set about reinventing itself for and in government, on the state and federal levels. Under the McIvor crew they can't and won't do it, so the story of limited people up against their limits will be the stuff of great political drama.
at 10:12 pm