Over the past week or so I've needed cheering up, and this morning a bit of sunny, patronising tosh brought forth the laughter that, for an influenza sufferer like me, brings on hacking coughs. After I'd finished coughing I still appreciated what I assumed was a joke.

One of the great lodes of comedy is the collision between high-minded idealism and everyday reality. Charlie Chaplin built a career on it and so have plenty of others. This article may not be intended to continue that tradition, but it does miss the important point that journalism is as journalism does.

Let's look at her 10 tips for getting yourself into a position where "you may [my emphasis] have a successful working relationship with someone in the newsroom.":

I've been reading newspapers since I was ten. I'm 44. Don't tell me what headlines are meant to do. Like anything a headline can let you down. A duff headline can mean the detail of the story won't be read and so the whole process of collaborating in one has been a waste of time.

Besides, who do you expect people to vent to? The journalist is the one person in the media organisation with whom you've struck up a relationship. A sub-editor is not going to take a call from anyone. They don't even like journalists and these days don't even work for the same organisation as the journalist, or even for the media outlet which put out the story.

Journalists are not the only ones in that position. Small business people, the target audience for the story, also face tight deadlines and pressure on matters other than the story under discussion.
Nature of advice: lacking in self-awareness - and awareness of others (a quality a journalist is expected to have in spades, hence etc.)

If you think real journalism is fielding half a dozen calls each day from Joel Fitzgibbon, you can jam the above quote as far as it will go.

Nature of advice: lacking in self-awareness, lack of understanding of own job (someone buy Kate Jones a copy of The Journalist and the Murderer)

The journosphere only wants the compelling action shots like this: 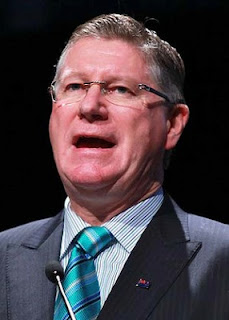 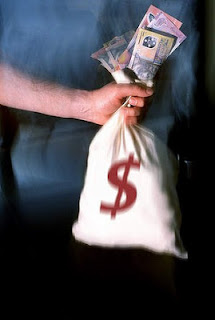 So don't even bother with your brother-in-law who has all the you-beaut Canon gear and takes wildlife photos on weekends. Who does he think he is, Mike Bowers?

Nature of advice: lacking in self-awareness, pointless (admit it, there is no policy on what pics media outlets will or won't use, apart from pixel count or size. Journos love cliches in text and pics, they love readers who love cliches and shut up about it)

So when you've spent hours explaining something to a journalist, and they still don't get it, suck it up.

Nature of advice: lacking in self-awareness. The whole business of journalism involves seeking other people's opinions.

Journalists tend to work for organisations that are, for all their difficulties, multi-million-dollar organisations that employ hundreds of people. Small businesses, by their nature, aren't like that. Some small businesses might hire a PR person to field media enquiries, but most don't. A journalist who has spent time with a small business person, watching them get pulled in ten different directions in as many minutes, need not wonder why such a person has not returned their call as a matter of urgency.

Nature of advice: lacking in self-awareness. People are living the life that you write about. If you had cultivated a better relationship with the interviewee, prompt returning of calls might be part of it.

Come on, say something nice: I liked the idea of a hard-hitting balanced investigative piece on Mother's Day sales. People have gotten Walkleys for less.

Yeah, you never know when rumours about Kevin Rudd challenging Julia Gillard might pop up. It might be tomorrow, it might be the day after. Whatever journalists write about, that's news, and if they don't write about it then it isn't. Unless it is, in which case see 5 and 9 above. There aren't any hard-and-fast rules about news. Interviewees: don't get sucked in by journalists. Journalists: do a better job of managing expectations.

Nature of advice: lacking in self-awareness. If it's your job to have the news sense, why do you complain when others lack it? And if others have news sense and you don't, haven't you been found out?

Now where would anyone get a crazy idea like that? 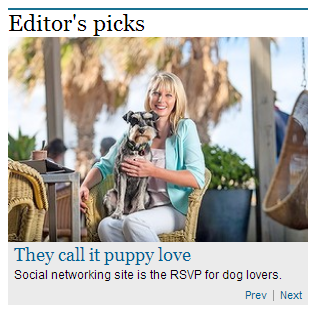 Nature of advice: lacking in self-awareness, awareness of others. This person is focused on building their business. They may even be running the sort of business that competes with Justin Hemmes'. They wouldn't be talking to you at all unless it helped that end. And did you not promise coverage, exposure to a wide audience ...?

See 4. above.
Copyright for all images in this blogpost (c) The Sydney Morning Herald, the same publication that runs Kate Jones' story, and yes that is part of the point I'm making here. This is media advice for people who don't know what the media is, presumably commissioned and approved by an editor in a similar position. The story fails as a serious endeavour, but my goodness it could make a cat laugh.
at 11:41 am