How is the Coalition responding to Labor's switch from Gillard to Rudd? They could be reaching out to voters who were upset or unsure about that change, in the way that Labor's changes to the Premiership of NSW in 2008 saw voters dump the party to a far greater extent than they did the leader. Instead, they have gone back to shoring up their base at the very time that Rudd is reaching out to uncommitted voters.

It's one thing for Abbott to dismiss Labor's approach to carbon pricing: he would do that, wouldn't he. His comments about carbon being invisible and not delivered to anyone were immediately condemned by the sorts of people who were never open to persuasion from him. Far more telling is the doubt they cast over the whole idea that carbon abatement by whatever means is a priority, or that carbon pollution causes global warming.

This article from Ben Cubby is very good at explaining why Abbott's comments appeal to his base. It does not explain, however, why Abbott is shoring up his base at this point. Even though it's their job to do so, Cubby's colleagues in the press gallery can't explain it either.

Abbott has sacrificed even the pretense that climate change is a real issue. Liberals who defend Abbott's sincerity about environmental and climate issues have now been abandoned by their own leader, another example of the futility of moderation in Abbott's Liberal Party.

The Coalition's Direct Action policy is now a joke. Today is Greg Hunt's last chance to quit in order to save some dignity and credibility for what remains of his career. It would be more honest for Abbott to disown it and contest the election from a denialist perspective, making the election a referendum on anthropogenic global warming and Australia's role in causing and abating it.

The current position isn't conservative hedging or even moderation, it's indecision and wanting to have it both ways. Abbott stands more of a chance as an unapologetic denialist than with the half-hearted, half-witted position he's in now.

Scott Morrison was a creature of the party machine, imposed upon his electorate. He has always known that his political career depends upon building a broad popular base as well as cultivating the powerful. The fastest way for a politician to build a popular base is to be populist, and Morrison has certainly done that.

Morrison bit off more than he could chew by wading into foreign policy. Before the Gillard government started sending asylum-seekers to Nauru he avoided anything more than urging the then PM to phone that country's President. After Malaysia, after meeting the Sri Lankan dictator and promising to return escaping dissidents to him, he now turns on the Indonesians and insists they do not mean what they say. You never look like a prospective government when you pick fights with foreign leaders, a lesson Mark Latham learned the hard way.

Morrison's insistence on abandoning desperate people at sea achieves the effect Labor had hoped: theirs looks like the middle-ground position while Morrison and Abbott look like they've gone too far. Even Morrison's imagery is wrong: what the hell is wrong with "sugar on the table"? 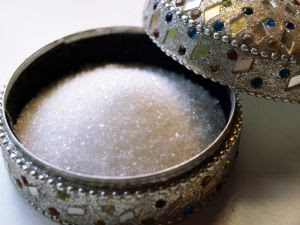 That image is one of sweet domesticity, and the conviviality of sharing a cuppa. It goes perfectly with Rudd's dull, reassuring public-servant image, with his own-blend tea and Iced Vo-Vos. It also reinforces the contradictions of a former head of Tourism Australia trying to discourage people from coming here.

If Morrison has a sugar bowl at his place it's probably only there for the cameras. Look at that image again: imagine Abbott's white-knuckled fist crashing into that bowl. Not hard to imagine, is it? Sugar only makes you fat anyway.

Politicians only retreat to their base when they're in trouble. Labor's switch from Gillard to Rudd made life difficult for Abbott and the Coalition, but by no means impossible; their own recent comments are the clearest sign we have that Rudd has rattled Abbott and the Coalition. Rather than reminding people why he leads a prospective government better than anything Labor could offer, Abbott & Co. instead make sure their base will stay with them, sitting on the furniture they are trying to save rather than labelling it for the Ministerial Wing removalists.
at 6:42 pm